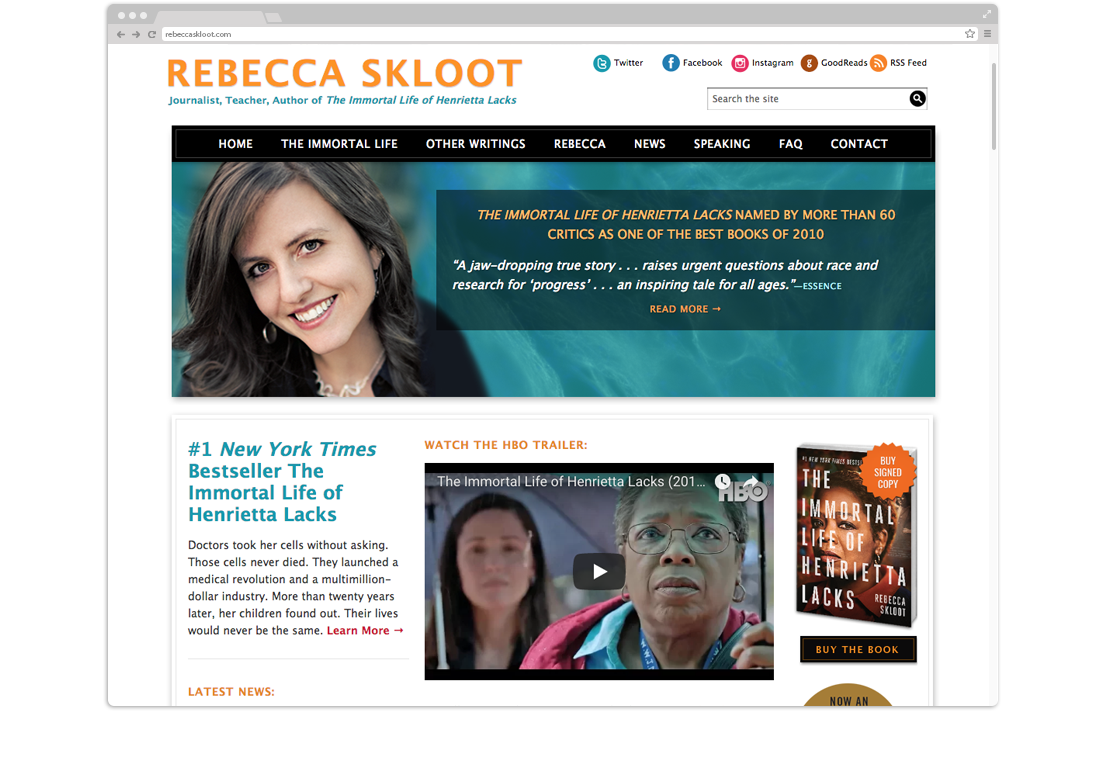 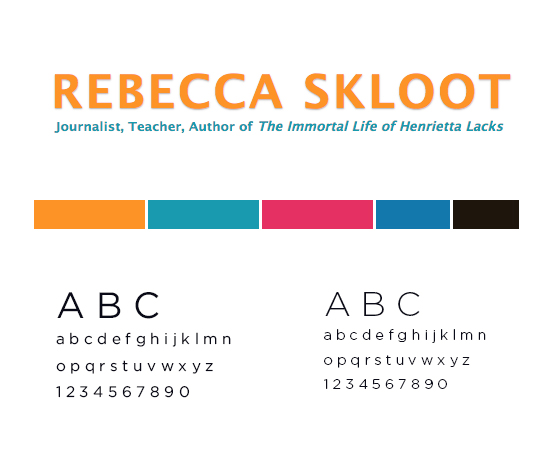 Her name was Henrietta Lacks, but scientists know her as HeLa.

Rebecca Skloot is the author of the #1 New York Times Bestseller, The Immortal Life of Henrietta Lacks, which was made into an Emmy Nominated HBO film starring Oprah Winfrey as Deborah Lacks, Renee Elise Goldsberry as Henrietta Lacks, and Rose Byrne as Rebecca Skloot. Henrietta’s cells became one of the most important tools in medicine. They have been bought and sold by the billions, yet she remains virtually unknown, and her family can’t afford health insurance.

Rebecca needed a site for this, her debut novel, as a place to showcase more than a decade’s worth of research and writing for the book, share her resources on HeLa, encourage visitors to discuss the book, and of course highlight the life of Henrietta Lacks herself. No longer forgotten.